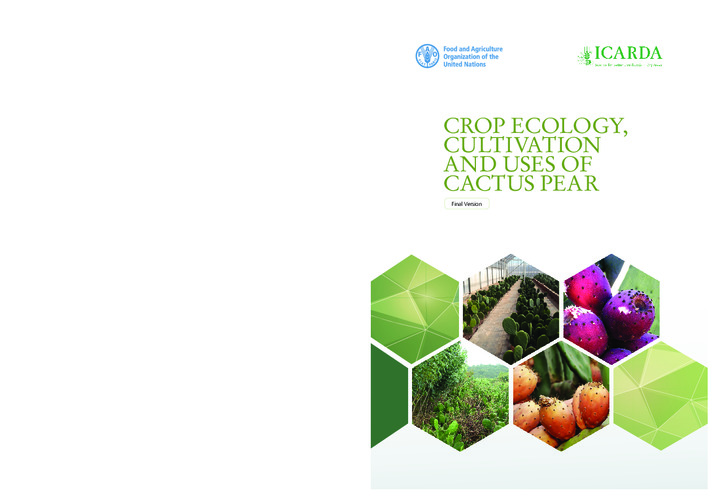 Climate change is one of the biggest challenges the world must meet today and in the future. Prolonged droughts and desertification are among the issues faced by many countries, especially in Africa and Asia, where the rural poor and smallholders are most heavily affected. If people are to survive in these ever harsher conditions, their crops need to withstand drought, high temperatures and poor soils. Cactus crops are gaining increasing interest across the globe, in particular cactus pear (Opuntia ficus− indica), because of its unique characteristics which provide resilience to the above mentioned harsh conditions. Cactus pear is able to grow on land where no other crops are able to grow; it can be used to restore degraded land and in many countries, such as Ethiopia, it is the only crop that can be relied on when everything else fails. The crop originates in Mexico – still the largest producing and consuming country in the world – but other countries, including Morocco, Ethiopia, South Africa, Kenya, India and Pakistan, are increasing their production and use.