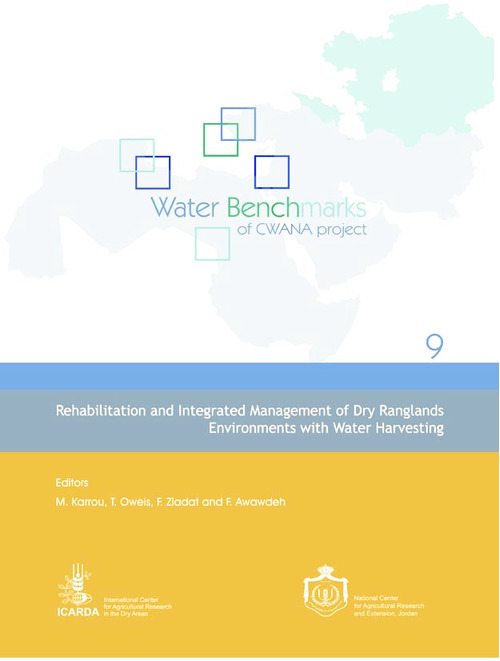 The Central and West Asia and North Africa (CWANA) region encompasses large areas of arid and semi-arid zones. These zones may be defined as areas where rainfall, relative to the level of evapotranspiration, is inadequate to sustain reliable crop production. Most of the arid and semi-arid zones of the CWANA region are rangelands and are characterized by wide variability in rainfall and temperature. Droughts are common, resulting in low forage production and crop productivity as well as water scarcity. In the CWANA region, the increase in human population has increased the demand for meat, in turn causing a major increase in livestock numbers, especially sheep. The escalating demand for forage by grazing animals exceeds the potential productivity of grazing resources. This has resulted in increasing barley cultivation by taking lands from steppe and desert rangelands. The increase in grazing pressure and cultivation of traditional and fragile grazing lands has led to severe degradation of these resources. The main limiting factors to growth of plants in the desert rangelands are low precipitation, and poor soil quality. Maximizing the use of water runoff by making microcatchments and macrocatchments might be practical to increase forage production, which is essential to feed the sheep and goat flocks of pastoral societies in these areas. Since the Jordanian Badia is representative of the vast dry environments found in WANA, it was chosen as a benchmark site (with satellite sites in Saudi Arabia and Libya) to develop and disseminate water harvesting (WH) approaches and techniques to capture and efficiently utilize rainwater runoff in more productive and sustainable agricultural systems, which are to be integrated and adopted by people in the drier of the CWANA environments. The project started in 2004 with the analysis of the existing and collected bio-physical and socioeconomic data, participative workshops, meetings, and field visits in the Jordanian Badia. Based on all this information and on agreed criteria, the benchmark site in Jordan was chosen and characterized. This site is represented by the two watersheds of Al-Majidyya and Mharib. In these sites, different research, dissemination, and capacity-building activities related to WH were conducted during 2004/05–2007/08.