Extractable Potassium and its Relation to Clays of Mesaoria Plain Soils, Cyprus 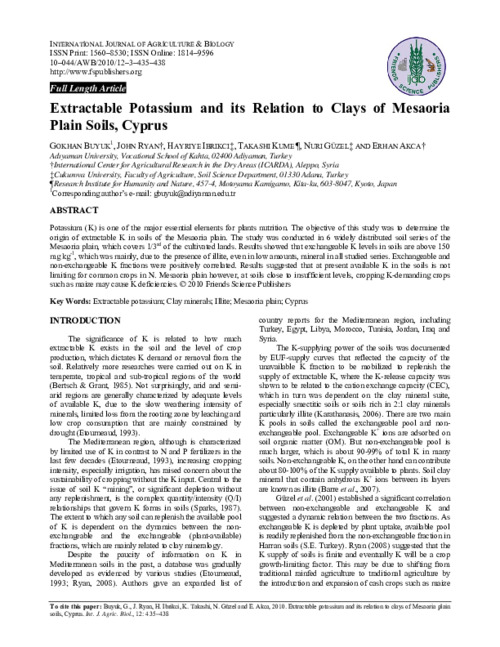 Potassium (K) is one of the major essential elements for plants nutrition. The objective of this study was to determine the origin of extractable K in soils of the Mesaoria plain. The study was conducted in 6 widely distributed soil series of the Mesaoria plain, which covers 1/3(rd) of the cultivated lands. Results showed that exchangeable K levels in soils are above 150 mg kg(-1), which was mainly, due to the presence of illite, even in low amounts, mineral in all studied series. Exchangeable and non-exchangeable K fractions were positively correlated. Results suggested that at present available K in the soils is not limiting for common crops in N. Mesaoria plain however, at soils close to insufficient levels, cropping K-demanding crops such as maize may cause K deficiencies. (c) 2010 Friends Science Publishers