MART-AZR Project Research Report 12: Farmer-Managed Trials in the Kovak Valley, Baluchistan: The Effect of Variety and Addition of Fertilizer on Wheat Production 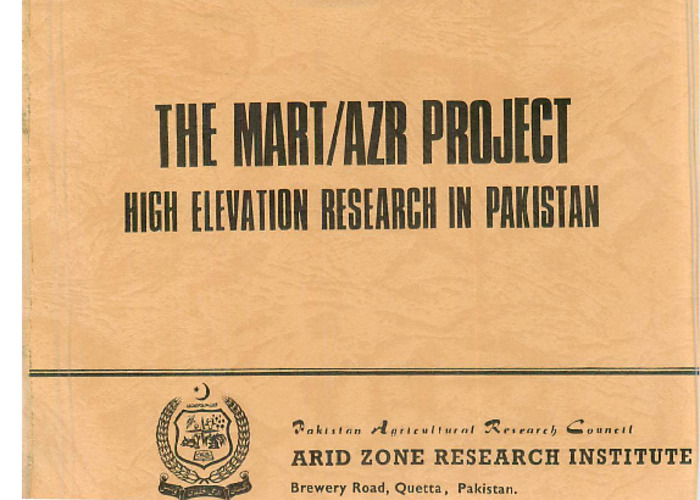 In seven years out of ten, dryland farmers in upland Baluchistan do not receive sufficient rains from the summer monsoon for' autumn wheat sowing, yet they have only one variety for both spring and autumn sowing. Farmer-managed trials comparing an "improved" spring wheat variety with this local facultative winter type with and without the addition Pt fertilizer (60 kg/ha phosphate as 46% triple superphosphate mixed with the seed at planting time) were conducted, in the spring of 1987 in Kovak valley. Rainfall during the growing season was only 172 mm, of which 108 mm fell in March. The "improved" variety gave somewhat more grain yield than the local (348 and 304 kg/ha respectively), and responded significantly (P<O.l) to phosphate fertilizer (413 kg/ha). The local variety apparently did not respond to fertilizer. Labor I data on soil preparation, planting, harvesting and threshing are presented. Net benefits ranged from Rs. 250 to Rs. 600/ha in these trials. Fertilizer use reduced net benefits for both varieties. A post-trial survey of the cooperating farmers indicated: that they understood the trial and ranked the various treatments appropriately, but were not fully aware of the negative economic effects of fertilizer use. This set of trials suggests a need for an improved spring wheat variety in upland Baluchistan. The fertilizer responses1 Jere disappointing, but need to be confirmed in other seasons.