Bayesian determination of the number of replications in crop trials 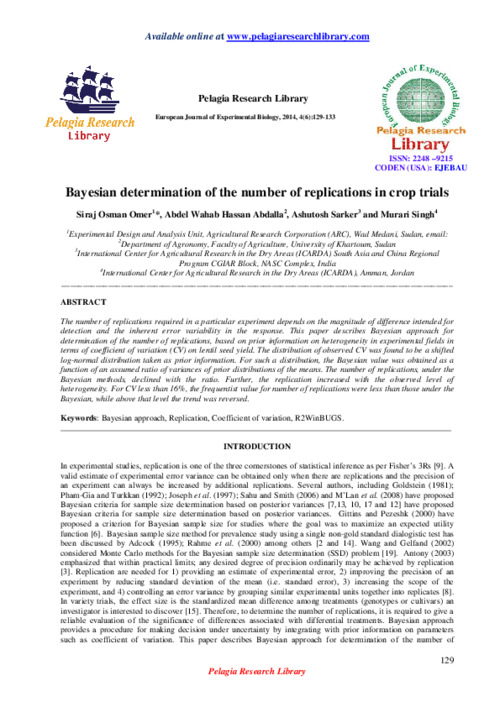